Its possible that a young Jane Seymour came to court to be of service to Queen Catherine of Aragon, (first wife of Henry VIII), and eventually ended up also serving her mistress Anne Boleyn. In the short time that Jane served Anne, she would’ve seen the highs and lows that being a Queen brought: On one hand there was all the gold, land, wealth and power, on the other hand was the obligatory torture of being knobbed by Henry VIII, becoming a one woman son bearing factory (on pain of death), and the occupational hazard of execution, to name but a few.

Some people think of Jane as being meek and shy, others think she contributed to the plot to get rid of Anne, and actively flirted at the king. I’ve never thought of her as anything other than the former. I believe she would’ve come to court quite naive and quiet, caught the kings attention and was too afraid to resist, thus giving him a reason to jib off Anne, (who was everything but quiet, naive and shy). Its quite possible that Jane just fell victim to the lustful king and was too scared, (or felt it her duty), to do anything other than please him.
Jane was actually the second half cousin of Anne, (work that on out if you can), though family ties in that sense never really meant a pledge of loyalty back then, (Elizabeth I executed Mary Queen of Scotts who was her first cousin and a Queen in her own right, and lets be honest if you can remove your wife’s head you can ignore your Grandmothers half sisters niece or whatever it was). They would’ve known they were related too. Nobility in Tudor times worked like pedigree dogs operate now. They knew their family history and were traceable and proud…or not as was often the case. A ‘good’ family could take you far, the kings bed for instance. (FYI Catherine Howard was also Anne Boleyn’s cousin and therefore Jane’s second half cousin. Talk about keeping it in the family).
So back to Jane being Anne’s bitch, erm… I mean Lady in waiting. Anne was queen for 3 years, (not a lot really considering what Henry did to crown her). Jane served her and was present throughout Anne’s downfall. Being the shameless bastard that Henry was, he announced their betrothal the day after Anne’s execution. They were then married 6 days later where Henry gave Anne 104 Manors and numerous forests and hunting chases as a wedding gift. Eleven days after her predecessors execution, Jane Seymour was announced in court as the Queen of England.

It was planned that Jane would have a coronation later that Autumn, however plague was rife in London and so it never actually happened. The following spring ,( in 1537 if you’re keeping check), Jane became pregnant and delivered the long awaited for baby boy that October. “Amazing”, I hear you say, “Henry is finally content and has a prince. Happy days”. WRONG! Fate had other plans for Henry.
The birth of Prince Edward was a shitty one for Jane. She labored for 2 night and 3 days. The irony of the whole thing is that the richer you were at this time, the more you were disadvantaged when it came to throwing out sprogs. The ‘midwifes’ (and I use this term loosely), at that time were reserved for their masters, and only their masters, so lacked the valuable experience that their colleagues serving lesser nobles would’ve gained. Thus, the Queen would have had a woman with relatively little experience and not at all the best that cash could buy like expected. Therefore its no surprise that 12 days after the birth of Edward, his Mum dies of child-bed fever, (or puerperal fever if your posh, or a crappy fatal bacterial infection in her lady bits if you’re not posh).
This must have been bitter sweet for Henry VIII: On the one hand he finally has his heir, on the other hand he lost the love of his life realising his dream. It seems that Henry did have feelings after all as the death of Jane devastated him. He remained in mourning until the following spring (1938), and didn’t marry for another 3 years (and even that was an arranged marriage for political convenience).
Jane was said to be the one Queen Henry actually gave a shit about. After her death he pretty much the young prince Edward into quarantine, convinced that he would become ill, (he actually became King upon Henry’s death and died himself aged 15).
When Jane died Henry made a grave, held a regal state funeral and upon his death 10 years later, he was buried by her side as he had requested. I do wonder that if Jane had not given him a boy if he would’ve tired of her also and what her fate may have been.
So at this point it looks like what goes around comes around right? and Henry deserves what he gets, right? I think about this a lot. Henry life was blighted with torment and loss. During his marriage to Catherine of Aragon, the couple had lost 6 children to either miscarriage or early death, Anne herself possibly had 2 miscarriages, meaning the two women between them had 10 pregnancies and produced only 2 surviving daughters. As king during Tudor times, it was your duty to produce a male heir. Its not hard to see that loosing several children and being left with princesses of little use and no viable heirs, would make the Tudor king one miserable old fecker. I’m not sure whether his tyrannic personality was a cause or an effect of his car crash life. We know he got worse as he got older. Could it be possible that god was punishing him for his evil treatment of Catherine of Aragon and Anne Boleyn, and in fact pretty much the whole population of England enduring the changes during the reformation? 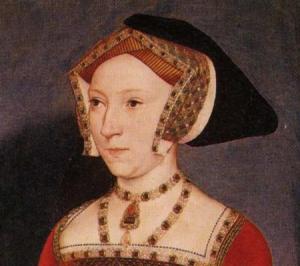 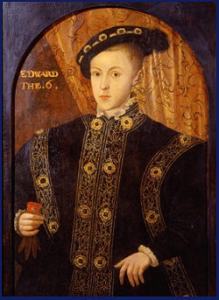