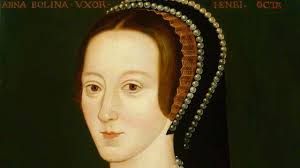 Tudor fact if the day: 479 years ago today, in 1536 the queen Anne Boleyn was arrested and taken to the tower with the charge if treason. Henry VIII had grown bored of Anne and wanted rid so he could knob the young courtier Jane Seymore. The problem was that he didn’t want to divorce Anne, (given the massive shit storm he caused a few years earlier when he divorced his first wife Katherine so that he could bed Anne, divorce would make him appear to be ‘careless with the holy act of matrimony’ and just a bit shit as King). Also, and probably more importantly politically, a divorce would do mean that Anne would secure a fortune and some very powerful and very sympathetic allies.

This all presented a problem so Henry being the douche bag he was just let his BFF, the lawyer Tom Cromwell sort out his mess. Cromwell’s solution was to compile evidence against the queen that would suggest she was treasonous. Anne was quite vain and flirty so the solution was clear- accuse her of adultery. Anne had been seen flirting with a court musician (called Mark Smeaton) and a dude called Henry Norris. They were arrested and Mark Smeaton was tortured until he confessed that he had been shagging the queen, (To be fair in those days you probably confess anything under torture cos it must’ve made death look like a day at the spa).

Both men were eventually executed along with George Boleyn, Anne’s brother. He was also supposed to have ‘Carnal knowledge’ of his sister (which is obviously a massive pile of horse crap but he was too important and influential to keep alive if the king wanted rid of Anne).

The day after Anne’s execution the king announced his engagement to Jane Seymore. What a prick. 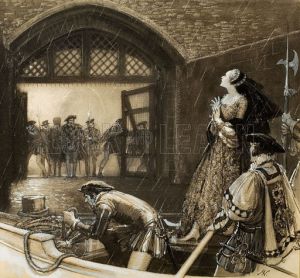 Anne being taken through the ‘Traitors Gate’ to the tower