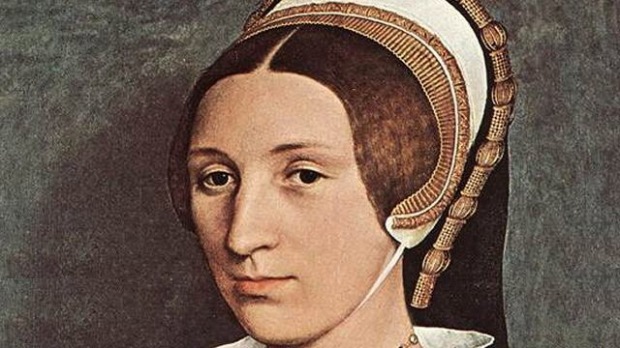 On this day in 1541, The queen and Henry VIII’s 5th wife, Katherine Howard, found herself well and truly in the shit. Henry had discovered that he had not been the only person to have ‘carnal knowledge’ of his wife, in fact he had not even been her first husband as the queen had previously had a marriage of sorts to a man called Dereham, who was now loitering around her again.
As this wasn’t enough, to add a cherry to this turd flavoured cake, He ru had also learned that the queen was now shagging one of his besties, a man called Thomas Culpepper who was a manger of his privy council. Henry went wild. The 6th November was the last time that Katherine saw her husband before being locked away awaiting her fate. This was the legendary day that she apparently broke free of her guards at Hampton Court and chased Herny down the gallery to protest to her house arrest and convince the king of her innocence. She was dragged back into confinement, never to see the king again. Apparently her ghost can still be heard screaming down the gallery at Hampton Court, (and because it’s totally cool and the Historic Royal Palace people are boss, I have put a link to their take on the ghost at the bottom of the page).

On 7th November, Henry sent the Archbishop Cranmer to question the queen at Winchester Palace, but he found her in such a state of distress that he ordered that anything and everything the queen could use to harm herself to be removed. It did her no good because the following February she would be executed.

And what of Culpepper and Dereham I hear you ask? Well they too were executed, but the real kick in the teeth here is that Culpepper (Henrys pal and helper who was bending it up the queen behind Henrys back) was given the privilege of a quick death by being beheaded, whilst Dereham who had known and loved the queen before they had even met Henry, (although was more than likely now blackmailing her into getting a position at court) served the traitors death, as he was the one who had ‘spoilt’ the queen for Henry.

Katherine was only 20 when she died.

You can read more about Katherine’s ghost here: http://www.hrp.org.uk/discover-the-palaces/ghost-stories/catherine-howard/#gs._Lv9Pow