You may have never heard of this boy but he was the apple of Henry VIII’ s eye, the only recognised bastard of the king. All this came about when Henry was married to his first wife Katherine of Aragon. Poor Katherine had several miscarriages which were said to have made the 27 year old king greatly stressed. In order to relieve this stress Henry found shagging about very therapeutic, particularly with his wife’s lady in waiting Elizabeth Blount. Obviously being the year 1518, contraception wasn’t what it is now and to be fair it wasn’t really an issue for the King, it was his royal right to sew his seed, so obviously these facts combined lead to a pregnancy not of the Queen. Poor Katherine.

Bessie Blount was swiftly removed from court to spare her (or more likely the King ), any embarrassment through her maternity months. On June 15th 1519 her son was born. Henry was so taken with the boy that he decided to announce him at court, how shitty this must have been for his wife, Katherine?!

Henry Fitzroy’s upbringing would’ve been one fit for a prince; after all he was the kings’ only son at this point. Henry was starting to panic that he had no male heir to continue the Tudor reign, (he also had no surviving brothers either so it was starting to look a bit grim for the future of the Tudor claim) and the aging Katherine was producing stillborn babies or unavailable pregnancies (which Henry thought this was obviously her fault and used it against her in later years when he sought a divorce claiming it was Gods way of punishing him for marrying his brother’s wife, like a twat). At this point Henry was only on his first wife and the couple had a  young daughter (Princess Mary or bloody Mary as we sometimes fondly refer to her), This is almost certainly why Henry acknowledged little Henry. On June 18th, 1925 big Henry made little Henry Duke of Richmond and Somerset, and Lieutenant-General of the North as well as the fucking massive Durham house on the Strand, and an annuity of just under £5k which was a shit ton of cash back then. The perfect gifts for a 6 year old boy.

Henry Fitzroy’s luck also came in again in that year. The King had started to realise that Katherine of Aragon was probably never going to give him a legitimate son, so looked into other options. He came up with an idea which on one hand was a genius way to secure the thrown, but on the other was plain fucking grim: he was going to marry little Henry to his half- sister the Princess Mary. This would mean that Henry would guarantee his succession, (despite having hairy faced, web footed Grandkids). Fortunately luck struck again for our young Henry, as Anne Boleyn rocked up on the scene and caught the Kings eye, so he ditched his wife and his plans of interbreeding his children, and had a crack on Anne instead, (who also gave him a single girl. Karma is a bitch). Henry Fitzroy was too little to understand the magnitude of the bullet that he had dodged, but I can’t help but think that in later years he would’ve found out about the plan and though his dad fucking mental, (a treasonous though but how could you not think it?)

When Henry was 14 (in 1533), he married Lady Mary Howard (the cousin to both Anne Boleyn and Catherine Howard). It’s said that the couple never consummated their marriage as King Henry had put little Henry off, suggesting to him that sex at a young age could kill him, and that’s what happened to Henry’s brother Arthur. As if a newlywed 14 year old boy wasn’t going to get laid if he had the opportunity, but apparently he abstained at the wishes of his father. 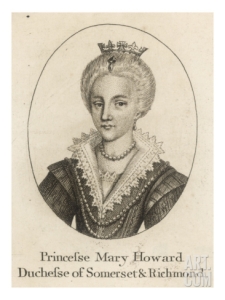 Three years later, the couple were still sex free (at 17…as if), but now the world was a different place. Big Henry had binned off Katherine and married Anne and Henry had a new little sister (the princess Elizabeth), and a new wife. But as per usual things went belly up for the King and he now wanted to swap Anne for Jane Seymour. The young Henry was put in what must have been a bit of an awkward spot. The King had asked him to stand as a jury member for the trial of Anne Boylen, his wife’s cousin. Young Henry could not refuse and so contributed to his step mothers’ downfall. In order to sweeten this predicament for Henry Fitzroy the King (being the devious bastard he was), had convinced his son that Anne had tried to poison young Henry and his half-sister Mary, who had since been declared a bastard by the King when he annulled his marriage with Katherine of Aragon.  So off Anne went to the executioners block, making the Princess Elizabeth also inheriting the title of ‘royal bastard’, and the King wins again (despite now having no legitimate heirs…not a well thought through plan but he had double or quits riding on Jane).

A few months into Henry VIII’s marriage with his third wife Jane, the young Henry Fitzroy, who was still very much the apple of his father’s eye, took sick. On 22nd July, 1536 Henry Fitzroy died of consumption (Tuberculosis most likely), leaving behind his ‘virgin’ widow, (who promptly inherited all of his titles and land), and a grief stuck father.  The King had planned for the young Henry Fitzroy to take his place if he didn’t manage to produce a son and now all that he was left with was two illegitimate princesses. Poor Jane must have been shitting bricks with the pressure.

And what became of Mary Howard you ask? Well the King had decided that because he had ordered the marriage to not be consummated it was officially annulled, so Mary lost all of her husband’s titles, money and homes and was sent back to court where the king could keep an eye on her and possibly save her as a pawn in any future adventures.

This is thought to be Henry Fitzroy, however some evidence suggests it could be his younger brother Edward, who came after Henry’s death. Either way it seems the artist can paint children but not animals.