On 7th February, in 1527 Francis Bryan – or “the Vicar of Hell”, as he was otherwise known – lost his eye in the Shrove Tuesday joust. Bryan took the loss of his eye in good humour (I fucking wouldn’t), but it is thought that because of this, there are no pictures of him…but fret not, I have found one to give you a general idea, please see below, (apologies in advance). Since little is really known about Bryan’s accident, and I have unwittingly duped you into reading this article, I decided to collate a few top facts about the man, so here goes:

Bryan was one of Henry’s privy chamber, boy’s club pals, who had a reputation for being a bit of a debauched man-whore, with a silver tongue that could talk the coldest of nuns into bed. It was this ability of persuasion that made Henry rely on him so much to do his bidding.

As much as I hate everything that Francis Bryan stood for, I can’t help but like the bloke. He was a total character, and although I hate to relate anything I write about to ‘The Tudors’ TV show, (because it’s a steaming pile of shite that I seemingly only watch to give myself a rage hernia, like an absolute self-destructive bastard…*and breathe*), his character in it reminds me of the literal cock weasel from Ice Age 3, or 6 or whichever one it is. 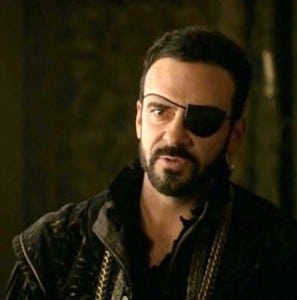 Francis Bryan in The Tudors. 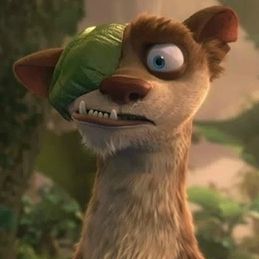 Anyway, enough ranting – these are the reasons that Francis Bryan is a badman:

(Sidenote: Francis Bryan was so good with words that he moonlighted as a poet, undoubtedly using this skill to convince girls to hop on the good foot with him).

Which brings me swiftly onto my next Francis fact…

2. Francis Bryan was the cousin to Anne Boleyn, Catherine Howard AND Jane Seymour. It’s actually not as impressive as it seems since everyone and anyone at court was related by one incestuous link or another, but to be Anne and Catherine’s kin, and remain THAT close to the King?! That just serves as yet more evidence of how canny Francis Bryan was.

Seamlessly leading onto my next fact…

3. “The Vicar of Hell”?!…How did he get such a badass nickname?’ I hear you ask. Well, in short, by being a bit of a dick. Basically, Bryan looked out for number 1, using Anne Boylen’s influence over Henry in the early days to rise up the ranks at court, and then working with Cromwell to throw her under the bus when it all went south. Not only had that, but his interest in shagging, gambling and general lewdness never went unnoticed. The term itself was apparently coined by Henry after Bryan made some gross reference about ‘ruining’ both a daughter and her mother, being akin to eating a hen and then the chicken…a comment that Henry found hysterical (because of course he did, the fat prick). Cromwell used the name to refer to Bryan in a letter to the stuffy little oink, Stephen Gardiner…and it stuck.

4. Henry, being an absolute fanny-monger himself, could not believe that his pious and loyal daughter, the Princess Mary, could be so innocent. In order to get validation, he told Francis Bryan to chat pure filth down Mary’s ear and gauge her reaction. Being no stranger to sexing up women, off he went to drip innuendos and euphemisms down the Princess’ ear; a treasonable crime should anybody else have done this, and even grimmer that it was set up by Mary’s own father. But, to everyone’s relief, it turned out that Mary had no fucking clue what Francis Bryan was on about, and thus her reputation remained intact.

5.Francis Bryan married Joan Fitzgerald, an Irish noblewoman. After her first husband’s death, Joan was planning on marrying her cousin in order to maintain the family inheritance and their hold over Ireland. However, Bryan boldly and selflessly stepped in to offer his services, marrying Joan, and securing himself the title of Lord Chief Justice of Ireland. Now in all of Bryan’s years of womanising and monarchical arse-kissing, playing one person off against the next and gobshiteing around, it was his wife who caused his ultimate and final indignity. Whilst lying on his death bed, Joan fucked off hunting with her cousin Gerald. She married Gerald the following year…

Not a conclusive or exhaustive look at Francis Bryan’s life, just the highlights. Francis Bryan was indeed a massive bastard face but, credit where credit is due, he was a fucking clever one.